Community on board for drains, rains and tides tour 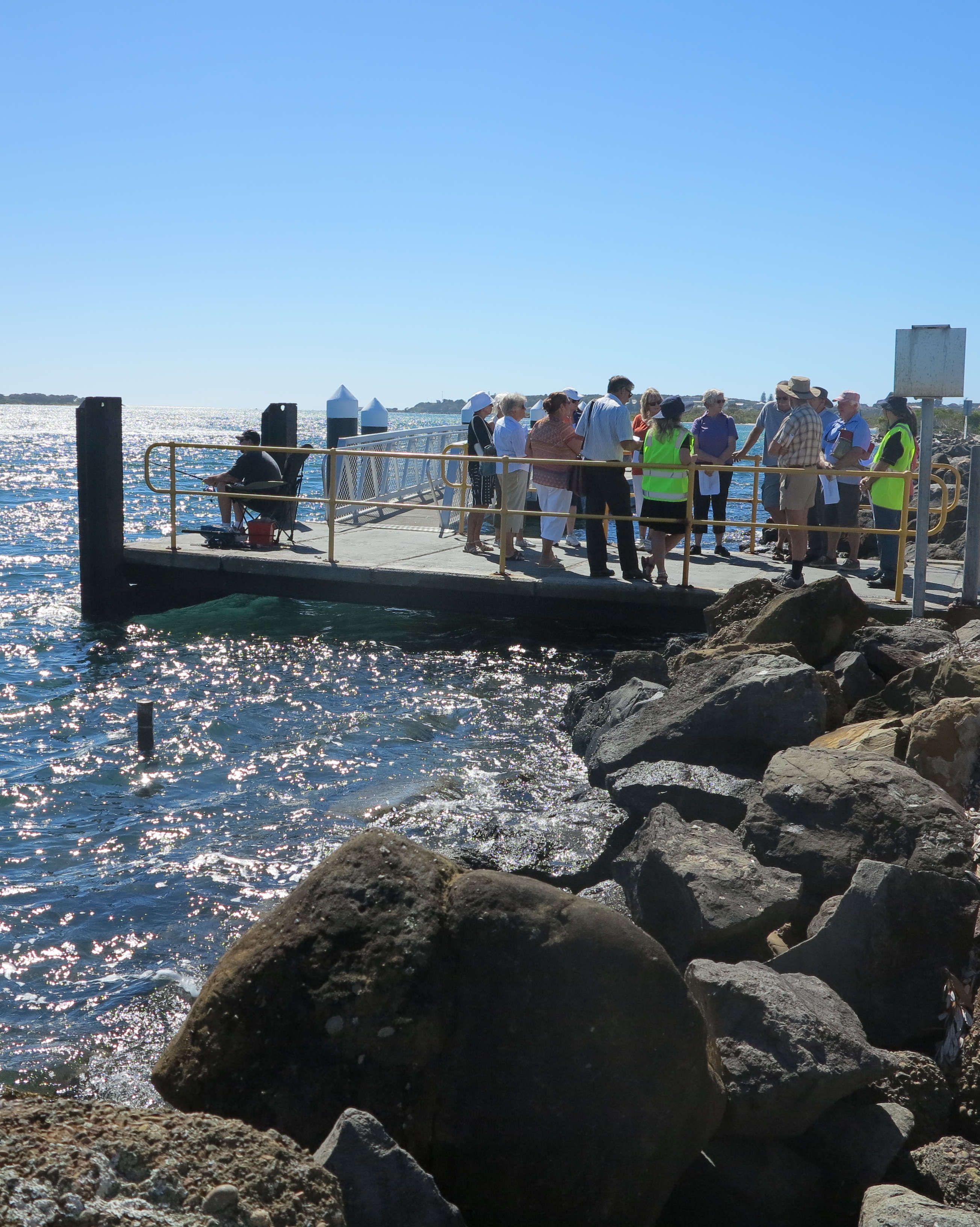 Council staff took advantage of the 30 January ‘king tide’ to take  interested Lake Macquarie residents on a bus tour of Marks Point and Swansea to investigate how  our drains cope with changes in water levels.

Guest speaker, Peter Evans from the local office of Environment and Heritage,  kicked off the tour at Swansea Channel with a discussion about the more  technical aspects of tides and their impact on the lake.

“Tides vary slightly throughout the year, with the largest tides occurring  when the earth is closest to, and furthest from the sun. These tides are  commonly referred to as king tides,” Peter told the group.

“As you would expect, average water levels in the lake rise by the same amount as the ocean, and lake flood levels will also rise by about the same amount,” Greg said.

“In areas like Swansea, which experience full ocean tides, king tides offer us a small window into the future, as water levels reach the same levels as average ocean levels are expected to reach in 100 years.”

Integrated Planning Project Officer, Heather Stevens, explained the importance of the bus tour in bringing the community further along the journey in planning for future flood risks.

“In recent workshops we found that the community were reluctant to engage in adaptation planning for future flooding when they already had problems with nuisance flooding and poor drainage,” Heather says.

“Many of the participants were pleased to get a better understanding of the complex relationship between the lake and ocean tides and our drainage system.”

Community engagement in flood risk planning will continue throughout 2014 with the next event aimed at unravelling the complexities of property disaster insurance for local residents.