Residents met with Council staff in December on the site of the newly constructed foreshore revetment works at the end of Emily Street in Village Bay, Marks Point, to talk about the experimental design. The works address significant erosion that has occurred in recent years.

Why is this project so special?

The unique design protects the foreshore against major storm events whilst still allowing stormwater runoff from large downpours to flow into the Lake. To inform the design, Council sought ideas from the community. Residents wanted to address erosion but also maintain access to the Lake. In response, the works provide a balance between protection and access.

Importantly, the design accommodates a projected future 0.4 metre rise in lake levels and allows for gradual filling of land behind the revetment when houses are renewed, to maintain ground levels above the Lake. This aligns with the draft Marks Point and Belmont South Local Adaptation Plan prepared in close collaboration with the community, which provides certainty about future development in the area.

Feedback from the onsite talk

Residents were generally positive about Council’s commitment to protect properties from current and future foreshore erosion and liked the overall attempt to provide a ‘natural’ design with the discontinuous wall broken by planted beds and turfed walkways.

Some people expressed concerns about the bulk and height of the works, noting this could affect pedestrian access along narrower parts of the foreshore as part of future works. The large rocks were seen to prevent access to the water and made it hard to hand-launch small craft. Staff advised the design did include some access points, that are already being used and that future works will provide direct ‘sloping’ access to the Lake but limited to a few locations. With too many gaps in the revetment, protecting against erosion would be ineffective.

Residents suggested Council prepare a complete detailed design for parts of the foreshore in Marks Point affected by erosion, so Council and landowners know what is required and how much it is likely to cost. A detailed design would provide landowners with a guideline if they want to lodge a development application for protection works in front of their properties.

Residents noted people may be tempted to throw smaller cobblestones and rocks into the Lake and suggested installing a sign highlighting the community and environmental benefits of the project. Residents also supported the use of a ‘QR code’ (square barcode) which people can scan on their smartphone and learn more about the project. Council will investigate both signage options. 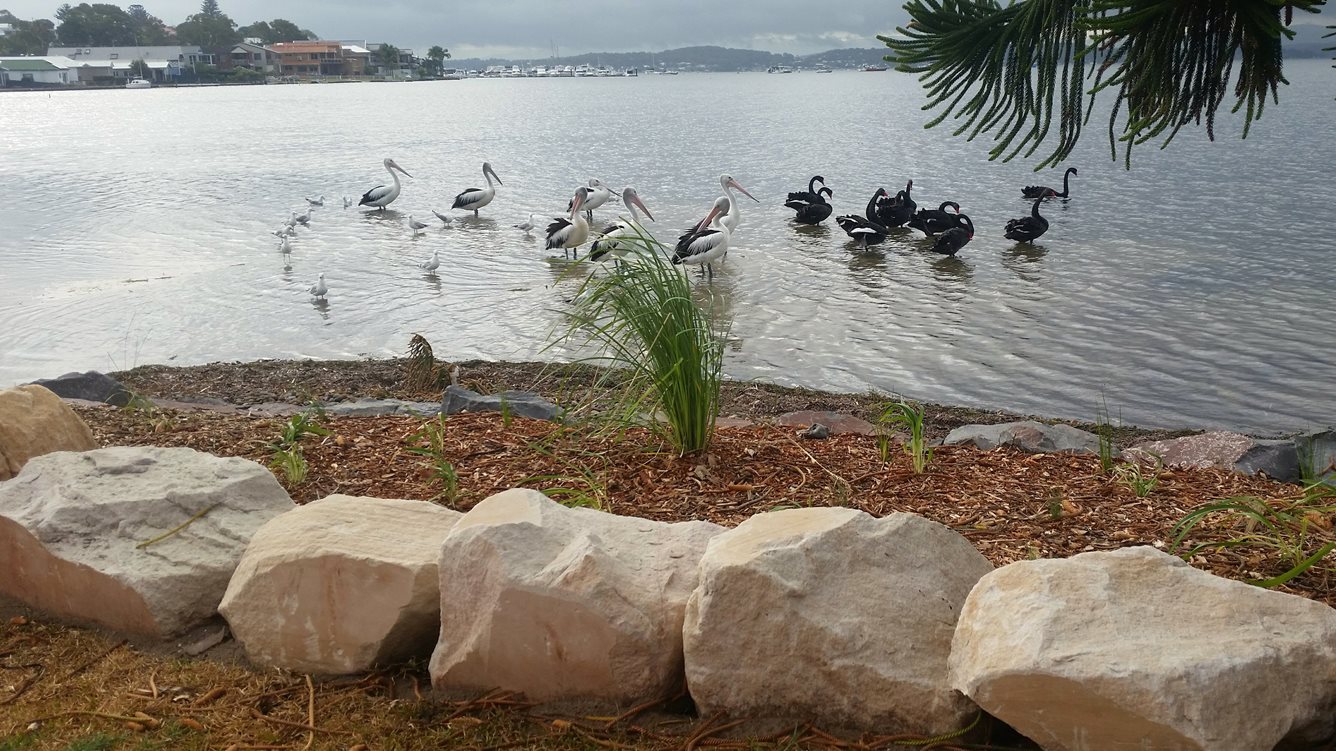