Community engagement a winner for Council 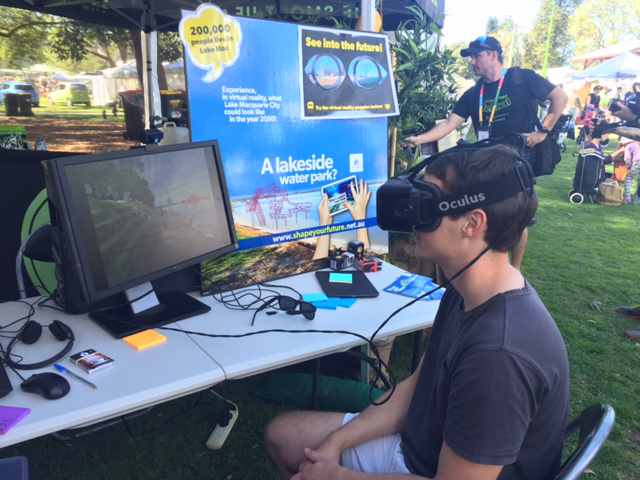 Lake Macquarie City Council was announced as a winner in the 2016 NSW Local Government Excellence Awards held on Thursday 6 April for the Shape Your Future project.

“Through the Shape Your Future project, Council reached more than 170,000 people with more than 4000 participating directly in engagement activities that generated 1800 ideas and priorities for the City,” Mr Bell said.

“Through the use of innovative engagement techniques – from virtual reality to parklets, interactive mapping and involvement of futurists, along with our marketing strategy – we were able to reach as many residents as possible and encourage them to actively be involved in the development of a new vision and set of values for Lake Macquarie City.

“Council is proud to have the hard work and achievements of this extensive consultation project recognised by our peers and we are honoured to be announced as the winner in the Special Project Initiative at the NSW Local Government Excellence Awards.”

Council also received Highly Commended in the category Community Partnerships and Collaboration for the Hunter/Central Coast Region Illegal Dumping Squad, and in the Excellence in Local Economic Contribution category for its arms-length Economic Development Company, Dantia.