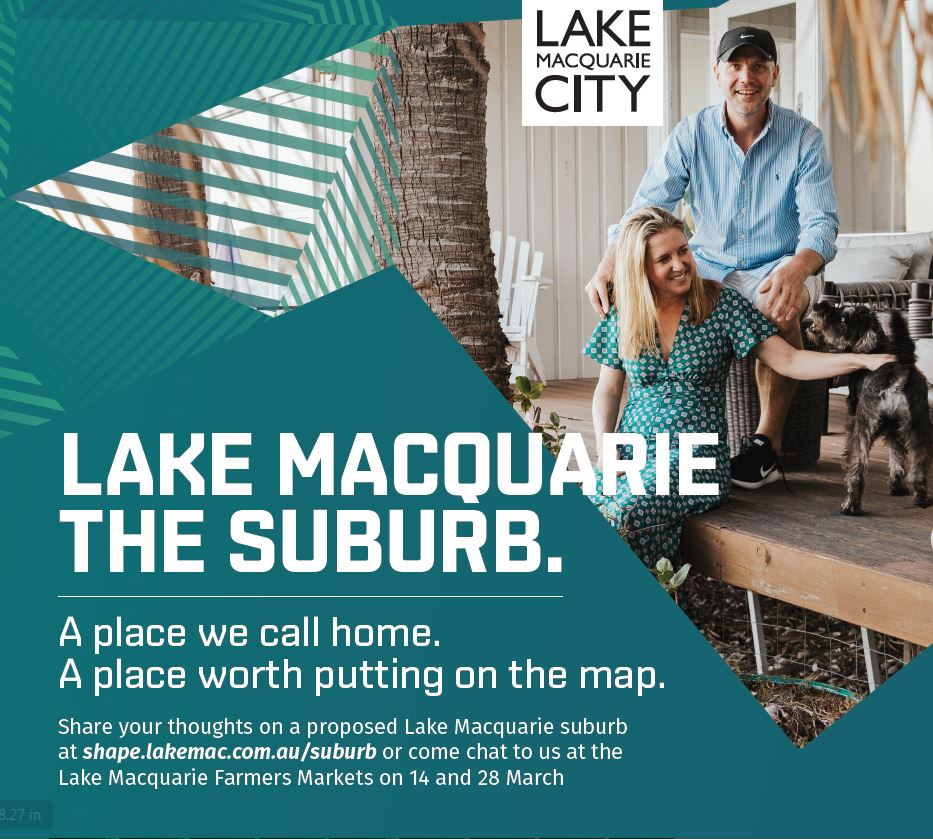 A proposed new ‘Lake Macquarie’ suburb could include the former Pasminco site’s new commercial and residential hub, soon to become home to hundreds of new residents and major retail outlets.

Lake Macquarie City Council is seeking community feedback on a proposal to create a suburb reflecting the City’s name, as is the norm across most other cities in Australia and elsewhere in the world.

“Council has recognised for some time the value in creating a suburb called Lake Macquarie,” Mr Hain said.

“In a practical sense, it may reduce confusion between Lake Macquarie and Port Macquarie.”

The postcode for the Lake Macquarie suburb would likely be 2284 – the same as Boolaroo and Speers Point.

A feedback portal is now live at shape.lakemac.com.au/suburb, with residents encouraged to nominate which option they prefer, or provide alternative suggestions.

Following community consultation, Council can consider endorsing a proposal to change a suburb’s name or bestow a new name on an area, but the final decision rests with the Geographical Names Board.

Drop-in information sessions on the proposal are scheduled for the Lake Macquarie Farmers Markets on 14 and 28 March, 7.30-10.30am.